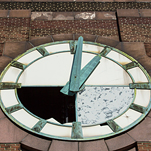 White House Tries to Prevent Judge From Ruling on Surveillance EffortsWASHINGTON – The Obama administration moved late Friday to prevent a federal judge in California from ruling on the constitutionality of warrantless surveillance programs authorized during the Bush administration, telling a court that recent disclosures about National Security Agency spying were not enough to undermine its claim that litigating the case would jeopardize state secrets. Accused 9/11 conspirator kicked out of Gitmo court for complaining about tortureRamzi Binalshibh.(AFP Photo / FBI) A Yemeni national accused of helping plan the September 11, 2001 terrorist attacks was ejected three times from a courtroom at the United States military base at Guantanamo Bay, Cuba this week during pretrial hearings.

DNA samples taken at police checkpoint ‘gross abuse of power,’ say PA driversAFP Photo / Ross Mantle A Pennsylvania community is asking questions after a government contractor, with help from the local police, pulled drivers off the road and into a parking lot to ask about their driving and – most notably – pressure them into providing a DNA sample.

Class Action Lawsuit Against Bank of America for Unlawful Debt Collection Calls/Texts(Source: U.S. District Court for the Northern District of California) – A notification program is underway, as approved by the United States District Court for the Northern District of California, to alert cellular telephone users that a $32,083,905 Settlement has been reached in a class action lawsuit claiming that Bank of America unlawfully used an automatic telephone dialing system and/or an artificial prerecorded voice to call or text cell phones without the prior express consent of the recipients. ​Environmental activists face up to ten years in prison for glitter-covered bannerOklahoma City police charged two activists on Friday for enacting a “terrorism hoax” after the pair unfurled a banner covered in glitter at a fossil-fuel company’s headquarters. Authorities took the glitter as evidence of a possible biochemical attack. About a dozen environmental activists with the Great Plains Tar Sands Resistance group demonstrated Friday at Devon Tower, headquarters of Devon Energy.

Inside the Saudi 9/11 coverupAfter the 9/11 attacks, the public was told al Qaeda acted alone, with no state sponsors. But the White House never let it see an entire section of Congress’ investigative report on 9/11 dealing with “specific sources of foreign support” for the 19 hijackers, 15 of whom were Saudi nationals. Couple spends month in jail after cop mistakes soap for cocaineA New York couple spent nearly a month in jail after a Pennsylvania state trooper mistakenly identified two bricks of homemade soap as cocaine and arrested them for transporting the drug. On December 12, law enforcement authorities officially dropped the charges against the couple – 26-year-old Annadel Cruz and 30-year-old Alexander Bernstein – who were pulled over in Pennsylvania as they were driving from New York to Florida. CIA probe into Bay of Pigs should be kept secret – Obama adminOver 50 years after the Bay of Pigs invasion went awry, the US federal government is still attempting to keep secrets about the failed overthrow of the Cuban government, with an Obama administration lawyer arguing this week to keep a document classified.

Hersh revelations and mainstream mediaWhenever a big, media-hyped attack or atrocity happens, the mainstream media always says the same thing: “The bad guys did it.” And who are these “bad guys”? The enemy-du-jour of the powers-that-be. The authorities blamed 9/11 on “radical Muslims.” They blamed the Boston Marathon, Sandy Hook and Aurora, Colorado massacres on “gun nuts” and “extremists.” Simple Form Of Meditation Affects The Genes, Study ShowsIt’s no secret that mindfulness meditation — a practice that encourages focusing attention on the present moment — can ease emotional stress. And evidence is mounting that mindfulness also may have key benefits for your physical health — from lowering blood pressure to helping curb addiction.

Lawmakers overseeing NSA receive millions from private intelligence contractorsUS President Obama said last week that reforming the NSA in the midst of a major surveillance scandal could restore confidence in the government. Newly revealed connections between Congress and the private sector, however, may not do the same. 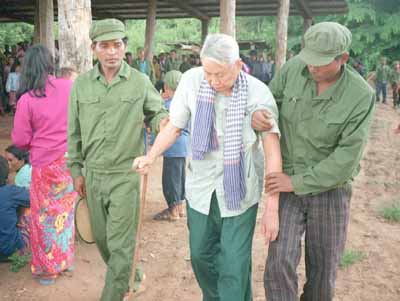 Michael Hudson: Oligarchs Will Never Cancel Debts We Owe ThemMichael Hudson sent this short video which explains the history of debt jubilees and the role of private debt in the rise of oligarchies. This is a useful piece in and of itself and as a tool for persuading friends and colleagues who may be ambivalent about debt restructurings.